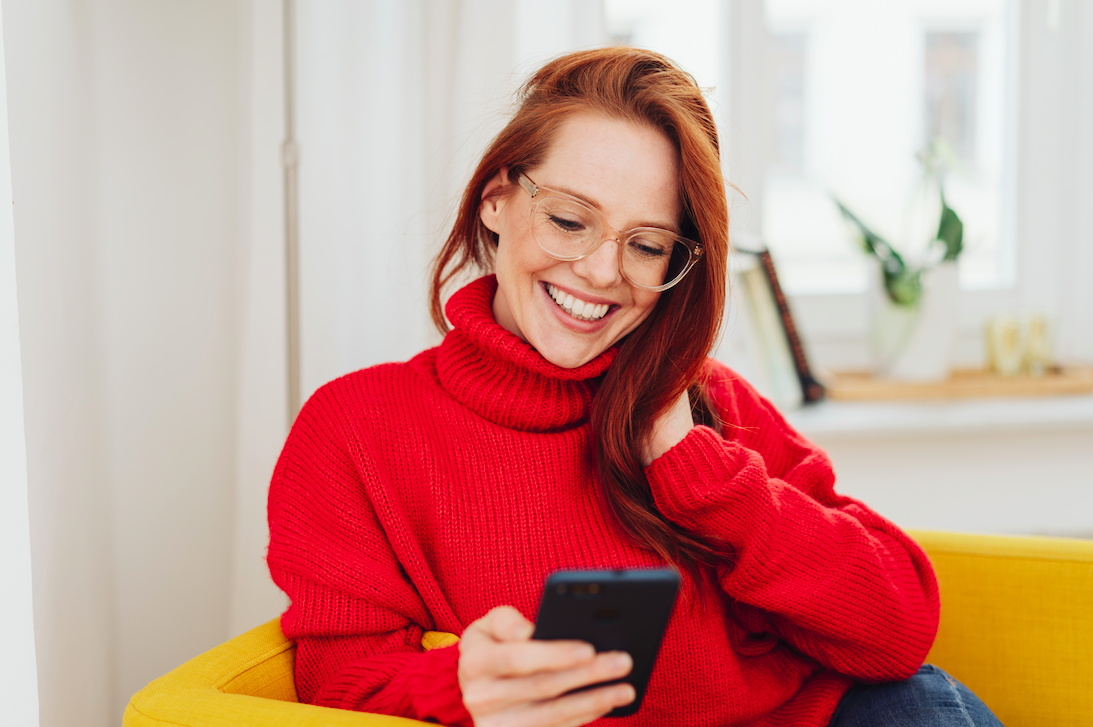 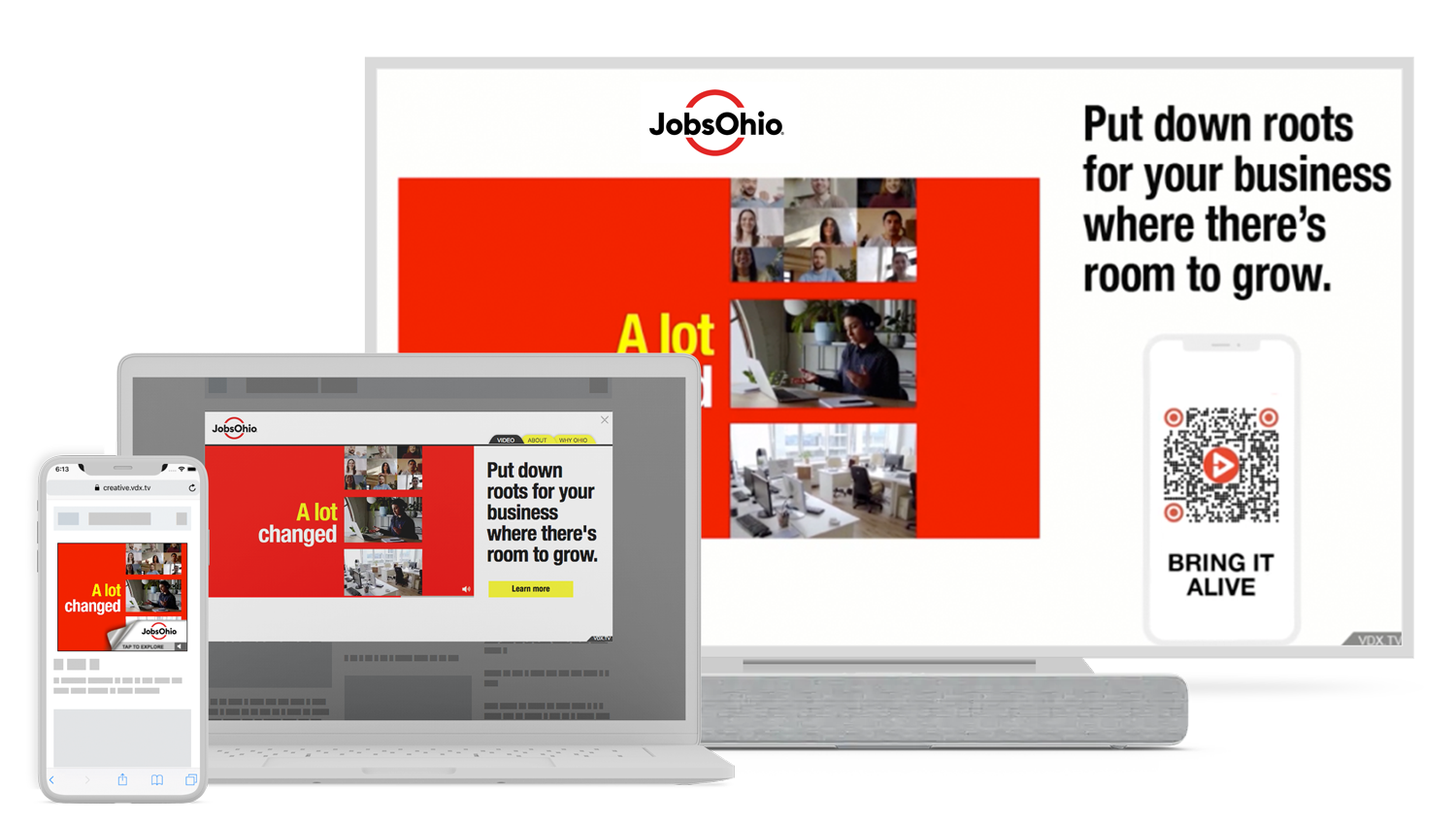 JobsOhio aimed to attract new companies across key industries such as technology, healthcare and finance and encourage them to put down roots in Ohio, with an ultimate goal of jumpstarting state and local economies while growing key business sectors within the state. With a digital campaign, JobsOhio sough to generate awareness and favorability among key business decision makers.

VDX.tv’s unique take on CTV ad units meant that key B2B audiences would see the video, and a customizable canvas would reveal itself when the video retracted, showing custom messaging and a QR code. The QR code invited viewers to scan and view a consistent video-driven experience on their mobile devices and further visit OhioisforLeaders.com to take action. This innovative take on lean-in and lean-back experiences allowed viewers to engage and learn more about JobsOhio through engaging with the interactive, multi-tab unit. Shortly after the CTV ad was shown, the same video experience was delivered to personal devices, including mobile phone and desktops, which reinforced the messaging and encouraged mid-and lower funnel actions.

The unique canvas of the multi-tab ad unit allowed for various brand messages to be included and invited users to make deeper connections with the brand, moving them down the funnel. For JobsOhio's first initiative of the year, a brand awareness campaign promoting OhioisforLeader.com, the initial tab featured a video and CTA with customized messaging. The second tab, “About”, communicated the benefits of living and working in Ohio and the “Why Ohio” tab featured a scrollable gallery with examples of success stories in Ohio, as well as another “Learn More” CTA. For JobsOhio's second initiative, a heavy-up to find appropriate audiences on the big screen during March Madness, an ad unit featured multiple testimonial videos of recent relocators to Ohio and a strong CTA to attract users to visit the JobsOhio site.

The video-driven ads were built in 20+ sizes/formats to provide consumers with the best experience, regardless of device they were using.

The targeting strategy for each campaign was critical; multiple tactics were combined, resulting in a highly customized and relevant audience, pulled from data partners like LiveRamp and DataAxle. B2B and CRM segments are a few examples of the audience segments targeted within the JobsOhio campaigns. 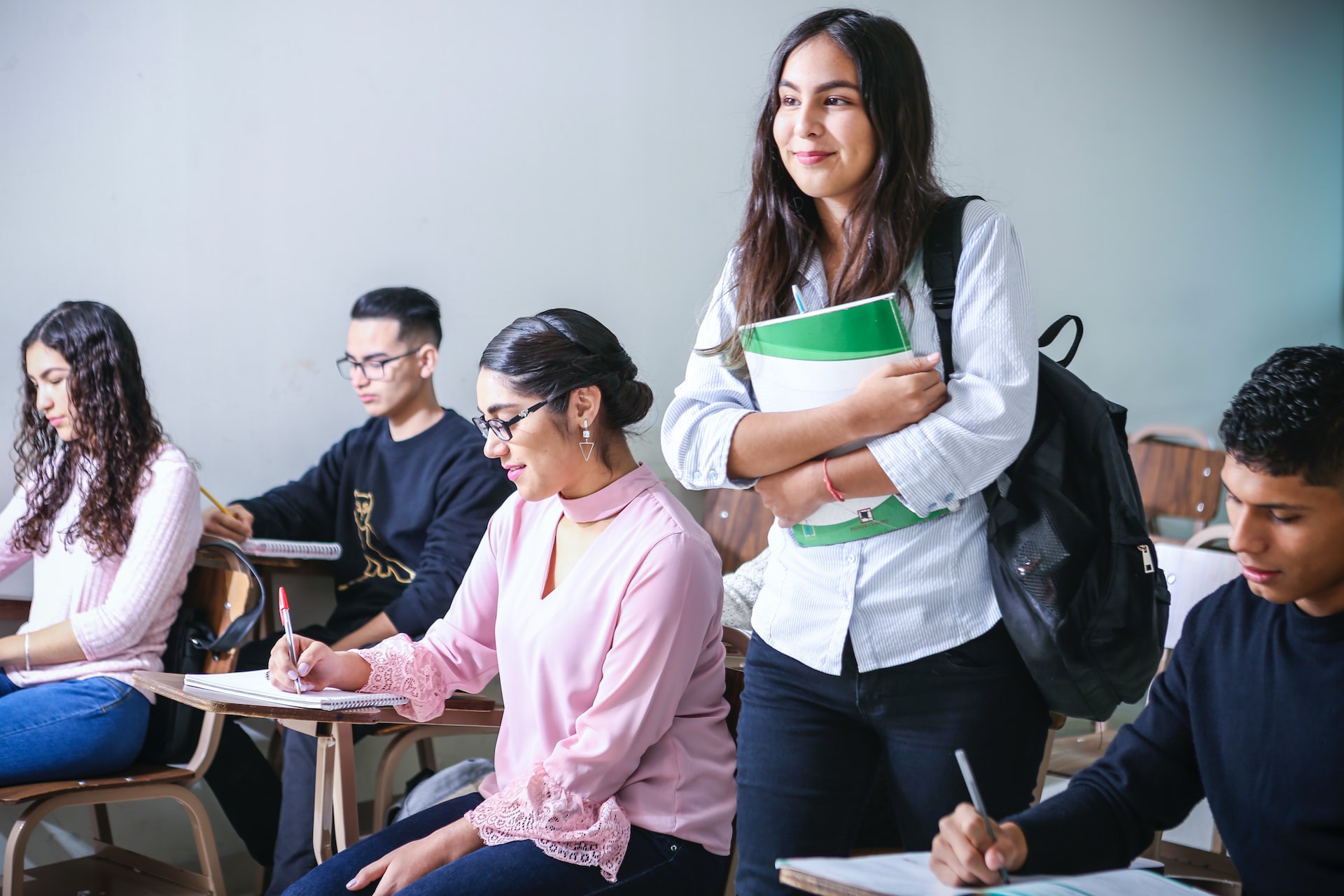